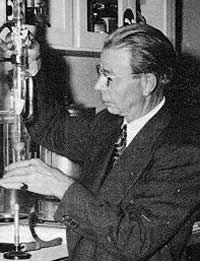 Royal Rife is one of the most celebrated medical geniuses to incur the destructive wrath of the establishment. In 1920 Rife identified the human cancer virus using the world's most powerful microscope (utilizing a brilliant, innovative design of his own making), cultured the virus, and injected it into 400 rats, every one of which developed cancer. Subsequently he found the electro-magnetic frequency that would cause the cancer virus to self-destruct when irrradiated acording to certain exact criteria. He created a device to achieve this, and was successful at destroying cancer viruses inside patients who were within 10 feet of the device.

In 1934, the University of Southern California appointed a Special Medical Research Committee to bring 16 terminal cancer patients from Pasadena County Hospital to Rife's San Diego Laboratory and clinic for treatment. The team included doctors and pathologists assigned to examine the patients, if still alive, in 90 days. After the 3 months of treatment, the Committee concluded that 14 of the patients had been completely cured. The treatment was then adjusted and the remaining 2 also were cured within the next 4 weeks. On November 20, 1931, forty-four of the nation's most respected medical authorities honored Royal Rife with a banquet billed as "The End To All Diseases" at the Pasadena estate of Dr. Milbank Johnson.

However, by 1939 almost all of these distinguished doctors and scientists were denying that they had ever met Rife; this complete reversal was the result of extremely heavy pressure from the drug companies. On the eve of a press conference to announce the results of the 1934 study on Rife's cancer therapy, Dr. Milbank Johnson, former president of the Southern California AMA, was fatally poisoned and his papers "lost". Moreover, after a failed attempt by Morris Fishbein (the Head of the AMA) to buy the rights to Rife's healing instrument for the medical drug industry, Rife's laboratories were destroyed by arson and sabotage. Dr. Nemes, who had duplicated some of the work of Rife in his laboratory 40 miles away, was killed in a mysterious fire which destroyed all his research papers. A similar fire destroyed the Burnett Lab, which was also validating Rife's work. Royal Rife himself was killed in 1971 by an "accidental" lethal dose of Valium and alcohol at Grossmont Hospital.