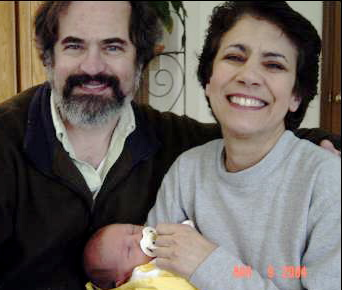 Dr. Eugene Mallove died on May 14, 2004, aged 56. He was found at the end of his driveway, beaten to death during an alleged robbery, having received several blunt-force injuries to his head and neck. An autopsy ruled his death as murder.

Gene Mallove was an alternative energy expert who was working on viable energy alternative programs. Well respected for his knowledge of cold fusion, he had just published an "open letter" outlining the results of and reasons for his last 15 years in the field of "new energy research." At the time of his death Dr. Mallove was convinced it was only a matter of months before the world would actually see a free energy device.

The following was written by Dr Brian O'Leary, presented as a chapter in his most recent book The Energy Solution Revolution. Gene Mallove was a very close friend of Brian O'Leary and we are most grateful to Brian for his kind permission for this reprint of his work.

Chapter 3. Eugene Mallove versus the Stuckness of Scientists

"No problem can be solved from the same consciousness that created it."
--- Albert Einstein

“I have had fifty years of experience in nuclear physics and I know what’s possible and what’s not... I will not look at any more [cold fusion] evidence! It’s all junk!”
--- Herman Feshbach, MIT professor, 1991

“I hope you recognize that the late Professor Feshbach’s most unfortunate and ill-considered reaction was fundamentally unscientific. It reminds me of the Church leaders at the time of Galileo, who refused to look through Galileo’s telescope at the Moon or at Jupiter because they “knew” that nothing new could be seen. Yes, many modern scientists are filled with catastrophic hubris; they have in many ways become mere “technicians of science,” and guardians to what amounts to a pernicious “Holy Writ.” Don’t bother me with the experimental evidence, my theory can tell me what is possible and what is not!”
--- Eugene Mallove, www.infinite-energy.com, 2004

“For the first time, experimental evidence was presented that shows conclusively that excess heat can be reproduced on demand... on May 22, 2008, Professor Yoshaki Arata at Osaka University (presented) experiments in which the ratio of output to input heat has exceeded 2500%...
--- Scott Chubb, Infinite Energy, September-October, 2008

More than any other source of breakthrough energy suppression, some of our most powerful scientists lead the way. The world looks up to these high priests of our culture for their yea-or-nay pronouncements of whether or not any innovative energy is possible. Their answer is almost always “no” without their even giving it a look. We are caught in the conundrum of credibility. Only a few of us with a scientific background have broken free of this kind of censorship, and can recognize the great promise of new energy research.

Nobody knew and expressed this potential better than Dr. Eugene Mallove -- scientist, journalist, educator, visionary, humanitarian, friend. On May 14, 2004, he was murdered during an apparent robbery in the home of his parents. He had been in the prime of his career at age 56.

This is a great loss, which is just beginning to sink in. So prolific were his writings, so passionate was his expression, so unique were his connections between the scientific community and the solution energy vision, he will be sorely missed. He is one of my heroes. It will be difficult for anyone to fill his shoes.

As chief science writer for MIT in 1989, Mallove first got into the new energy game by investigating the controversial discovery of cold fusion by University of Utah chemists Drs. Martin Fleischmann and Stanley Pons. As we saw in Chapter 1, his investigative reports on the attempts of MIT nuclear physicists with a vested interest in hot fusion research (consuming tens of billions of federal dollars) revealed that they fraudulently reported their inability to replicate the original Pons-Fleischmann experiments. Their "unadjusted" findings actually reinforce the truth of the discovery. The efforts of these scientists and other establishment researchers at major universities to discredit cold fusion, under the auspices of the U.S. Department of Energy, will be remembered as a sad lesson in scientific ethics.

Risking everything, Gene Mallove resigned his position at MIT to reveal the truth about cold fusion regardless of ridicule and financial insecurity. He wrote the book Fire from Ice, which was nominated for a Pulitzer Prize. The facts revealed in that work led the great writer Arthur C. Clarke to conclude that the suppression of cold fusion was "one of the greatest scandals in the history of science."

Mallove had been at it for fifteen productive years, before he was senselessly cut down, what a loss! His authoritative books, his numerous editorials and writings in the successful magazine Infinite Energy, his support of the work through the offices of his New Energy Foundation and New Energy Research Laboratory, his many media appearances, and the excellent video/DVD "Fire from Water" underline the boldness with which he struck out on his mission, fearless about threats to his career which otherwise would have been secure. He stood alone in organizing and supporting the cold fusion scientists, which has grown into a community of several hundred researchers, many of whom came from prestigious institutions, meeting annually and publishing in the best peer-reviewed scientific journals. Against all odds, cold fusion has become a viable science with great potential because of the tireless and selfless efforts of this one man. He was a giant.

To underline my remarks, just visit the web site www.infinite-energy.com. In my 2003 book Re-Inheriting the Earth, published before his death, the index shows more pages of citation to Mallove's work (nine) than that of any other individual. He was very grounded and did not venture into consciousness science as I had done. This made him all the more credible. He never succumbed to the pseudo-scientific claims of new age pundits and acted as a responsible scientist throughout. He didn't play favorites but looked at all viable alternatives with intellectual honesty, yet still from a Western scientific point of view.

His standards were always very high. He did not buy into fads and politics. His rigor could be very disarming to those toeing the line of the establishment and was an inspiration to all fellow heretics. I not only stand in awe of his achievements, I miss the opportunity to team with him and others to raise the credibility of new energy research and development.

He had also proposed to the Democratic presidential candidates in 2004 the establishment of an Office for Unconventional Energy within the Department of Energy (DOE). During a candidates' panel he orally presented the idea and three of the candidates endorsed it. We can largely thank Gene that the DOE began reviewing the cold fusion concept, something that would have been unthinkable during the past fifteen years.

His “Universal Appeal for New Energy” is posted on Google and on many websites. Please read it. Its articulate expression is unmatched in our quest to give this research a chance. He has been the standard-setter of our work, providing a foundation for understanding the scientific principles and nomenclature for the most promising concepts and categories.

His grasp of historical analogues such as the development of aviation, relativity, quantum physics, the Copernican revolution and the Enlightenment, as reported in Infinite Energy, are inspiring and prolific. His writings provide a deep and insightful understanding of the historical patterns of scientific progress and censorship that we now face in new energy research. I humbly defer to Mallove’s writings and to the brilliant classic book by Thomas Kuhn, The Structure of Scientific Revolutions, about how mainstream scientists in any culture can be blind to new paradigms of discovery.

When it comes to changing worldviews, the scientists, alongside vested government, industry, media and intellectual discourse can become the guardians to the gates of outmoded thinking. More than anyone, Mallove gives this cultural aberration, applied to new energy breakthroughs, fresh insight that will endure for a very long time, particularly as the developments much too slowly unfold—sometimes in direct contradiction even to the thinking of progressives and environmentalists, who are imprisoned in scarcity consciousness.

The tragedy of Eugene Mallove all the more inspires us to advance our mutual cause. We must get the word out as quickly and widely as possible. Most of us in the field believe that this murder was an assassination: he was one of many of those pioneers who could make the greatest difference. This mandates that, through strength in quality and numbers, the teams now forming will ensure that the work will carry on regardless of the personal fates of pioneers such as Gene. A full investigation of the murder, still pending, will hopefully shed light on its true motive.

Novelist Mignon McCarthy said, "Each society honors its live conformists and dead troublemakers." I believe that the world will remember Dr. Mallove as one of the greatest scientific pioneers of history, a Galileo of our time.

In later chapters, we’ll look more deeply into how to overcome the stubbornness of those who call themselves “scientists” who refuse to look at new phenomena that appear to violate their own precepts of reality. The scientists, as we shall see, can be allies or adversaries in our quest. For example, the climate scientists and leading environmentalists have helped us create a challenging new mandate to keep carbon in the ground. This is good. But most physicists still resist the notion of free energy, even though the evidence is overwhelming. They too are of the no-free-lunch school. We shall have to bring more and more scientists, environmentalists and progressives on-board.