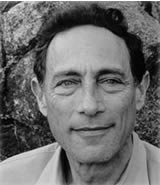 Dr. John Mack died on September 27, 2004, aged 74. He was hit by a drunken driver late in the evening while on a crosswalk in London. The driver, Raymond Czechowski, 52, of Elstree, England, was later apprehended by the police and entered a plea of guilty “by careless driving whilst under the influence of alcohol”.

Dr. Mack's family wrote to the Crown Court asking for leniency. "Although this was a tragic event for our family, we feel Mr. Czechowski's behavior was neither malicious nor intentional, and we have no ill will toward him since we learned of the circumstances of the collision,” the letter said. “We have had several talks as a family over the past year, and especially during these past few weeks as we anticipate the time for sentencing, and we all believe John Mack would not want Mr. Czechowski to go to jail. As for ourselves, our grief will not be lessened by knowing that he is incarcerated – in fact, we would wish that he not be.” Nevertheless, Mr. Czechowski was sentenced to a jail term of 15 months.

There are no immediate reasons to suspect that his death was suspicious, but a large number of visitors to this site have requested that Dr. Mack be included in this tribute section. It is our pleasure to comply.

John E. Mack was a Pulitzer Prize-winning author and Harvard Medical School professor whose research on claimed extraterrestrial abductions generated widespread publicity and controversy. Dr Mack had also been active in the anti-nuclear movement, a longstanding concern of his.

Dr. Mack founded the psychiatric department of Cambridge Hospital in Massachusetts, where he was a resident. He was certified as a practitioner of both child and adult psychoanalysis. His early research interests in psychology included dreams, nightmares, and teenage suicide.

In 1990, Dr. Mack began his research on people who claimed that they had encountered extraterrestrials. He held that such encounters were real, though probably more spiritual than physical in character. His work drew widespread attention in 1994 with the publication of a best-selling book, Abduction.

That year, Harvard Medical School appointed a special faculty committee to review Dr. Mack's clinical care and clinical investigation of his subjects. After a 15-month process, the committee declined to take any action against him. Harvard issued a statement stating that the Dean had “reaffirmed Dr. Mack's academic freedom to study what he wishes and to state his opinions without impediment,” concluding “Dr. Mack remains a member in good standing of the Harvard Faculty of Medicine.”

Dr. Mack eventually interviewed some 200 individuals who believed they had encounters with extraterrestrials. Although he was subjected to widespread ridicule because of his work, Dr. Mack saw it as a unique opportunity to study spiritual or transformational experience, a theme that ran through much of his earlier work. Many of the individuals he interviewed stated that recurrent alien encounter experiences had affected the way they regarded the world, including a heightened sense of spirituality and environmental concern. Mack's interest in the spiritual or transformational aspects of people's alien encounters, and his suggestion that the experience of alien contact itself may be more spiritual than physical in nature — yet nonetheless real — set him apart from many of his contemporaries such as Budd Hopkins, who advocated the physical reality of aliens.

"No one has been able to come up with a counter-formulation that explains what's going on," Dr. Mack said in a 1992 Globe interview, in which he discussed his view of alien encounters. "But if people can't be convinced that this is real, that's okay. All I want is for people to be convinced that there's something going on here that is not explainable." In a 1994 Globe interview, Dr. Mack said: "I have this innocent confidence that if you do your work in a comprehensive and objective way, it stands on its own."

He published another book on the subject, Cosmos: Human Transformation and Alien Encounters, in 1999, as much the culmination of his work with the experiencers of alien encounters (to whom the book is dedicated) as it was a philosophical treatise connecting the themes of spirituality and modern worldviews.

More information is available at www.johnemackinstitute.org.