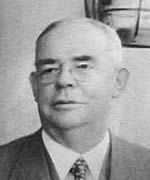 Milbank Johnson, MD, was born in 1871. In the early 1930s Johnson became interested in the "Universal Microscope", and later the "Rife Ray" machine, both invented by Royal Rife of San Diego. Studies done at Northwestern Medical School by Edward Rosenow, MD, were published showing the effectiveness of the Rife Microscope over conventional light microscopes. Later, a culture medium invented by Arthur I. Kendall, Ph.D. of Northwestern Medical School (and a Dean of the school years earlier) was found to be effective for culturing cancer cells for microscopic study. In 1933 Johnson became interested in the success of the Rife Ray machine, a radio transmitter driving a plasma lamp device, in disabling or killing a number of bacterial organisms, as well as what appeared to be a form of cancer cell. Johnson's first wife had died of cancer in 1920, and in 1934, two years before his retirement, and using on the "Rife Ray" machines, he setup and ran what has become known as the "1934 Cancer Clinic" at a Scripps facility in La Jolla, Calif. near San Diego.

Dr. Johnson wrote, in 1935, that the results of the 1934 Clinic were "not conclusive", and indeed, one of the patients from that clinic came to Johnson in early 1935 with an advanced cancer in or behind an eye, and Johnson sent him off to have the cancer and eye removed. Johnson was an avid writer, and kept copies of all his letters, although letters from the period just before the 1934 Clinic though early 1935 are not to be found.

Johnson set up, with the approval of USC President Dr. Rufus B. von KleinSmid, what was called the Special Medical Research Committee in 1935 to look into the Rife Ray machine, and it is thought that this Committee was a gentleman's agreement between Johnson and USC, possibly for liability protection.

Johnson held two more clinics, the first in Los Angeles in 1935 focussing on various diseases, and the last in 1936-37 in Altadena, California, at the Scripps Home for the Aged. This clinic was focussed on treatment for cataracts, and Dr. Johnson writes that the results were excellent, with total restoration of vision in 29 out of 30 patients. Johnson quarreled with Royal Rife in 1938 (Johnson had gotten USC to offer Royal Rife an honorary Doctorate in 1935 or 1936, which Rife refused to have anything to do with) and by 1938 dropped his interest in Rife, although he stayed very active in the National and the California Taxpayer's Associations. He died of an apparent heart attack in 1944, but it was later discovered that he had been fatally poisoned. He died hours before a press conference where he was to announce to the world that Rife’s electronic therapy had cured every patient (16 out of 16) in that medical study supervised by the University of Southern California. First thought to be accidental death, the poison was discovered years later by federal investigators when Dr. Johnson’s body was exhumed.